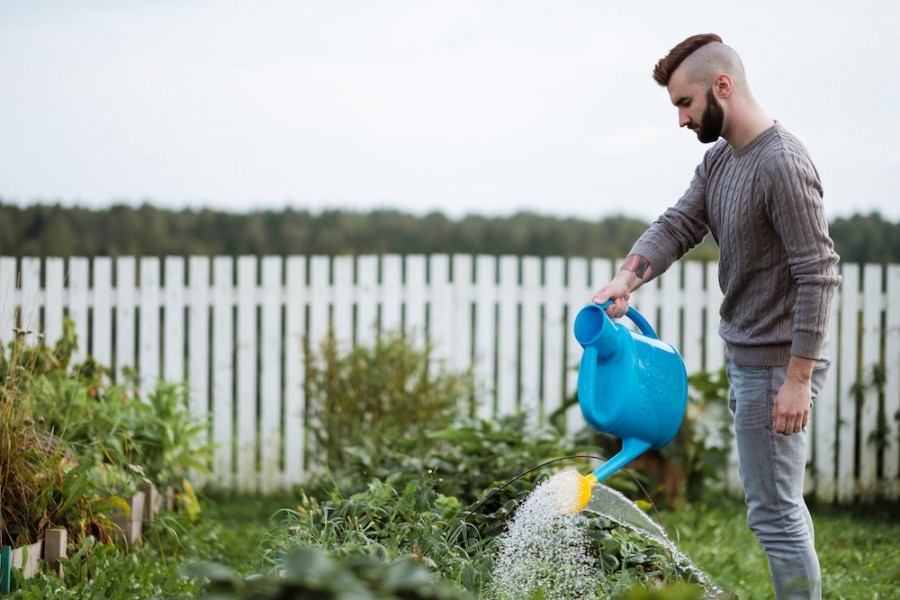 You’ve likely heard the term homesteading. It’s something that’s growing in popularity not only among “normal” people but there are plenty of social media influencers touting their off-the-grid lifestyle.

So what does it mean, and how does one become a homesteader?

While everyone might vary in how they approach homesteading, the general idea is that you’re committed to being more self-sufficient. Depending on your goals, your home and living environment, and whether you’re in a country or urban area, this can take on a lot of meanings.

If you live in a rural area, maybe you go as far as providing your electricity using water, wind, or solar power. If you’re just getting started with becoming more self-sufficient, you might have a small garden and preserve some of your food.

Some homesteaders go completely toward the lifestyle, even bartering for everything they need rather than using money.

Urban and suburban homesteads are offshoots of the concept, which we’ll discuss more below.

The idea is that you’re becoming more self-sufficient wherever you live. It doesn’t necessarily mean you don’t use any modern technology or that you don’t have certain conveniences. You can do whatever works for you.

So why do people do it?

There is a diverse range of reasons.

Some people get involved in this way of life to dig out of debt, avoid new debt, and build their savings. A goal of people who are homesteading primarily for financial reasons might do so because they want to stop spending money needlessly on things they could do without.

From a health perspective, you can eat more locally-grown food when you homestead, including things you grow yourself.

It can also be a good way for families with kids to have them get involved in household chores.

How Can You Be a Suburban Homesteader?

The term homestead comes with connotations of having a sprawling farm-like property, but that doesn’t have to be the case.

You can homestead in the suburbs by making choices to be more self-sufficient.

Some people who participate in suburban homesteads find other people nearby who are interested so that they can form new friendships.

If you’re thinking about adding livestock into the mix, you have to figure out what your municipal code says about this.

What About Urban Homesteaders?

Because of your job or other commitments, you might not be able to move out of the city where you live, but you could still make some of your homestead dreams come true even in an urban area.

You can start by taking a minimalist approach to life. Maybe you declutter your home and focus on the essentials. Go shopping at stores only when you have to, and spend less time consuming media that might encourage you toward consumerism.

If you don’t have a lot of space to grow your own food, you can still have a container garden or grow your own herbs. You can learn how to make certain foods from scratch, like bread.

Urban homesteaders can make cleaners that aren’t toxic and hang their clothes to dry instead of using the machine.

Whatever your interests and goals, you can make the homesteading lifestyle one that appeals to you and also works with your current home and living environment.