Spruce, Scotch Pine, Noble Fir – Oh My! Which Type Of Christmas Tree Is Decking Your Halls This Season? 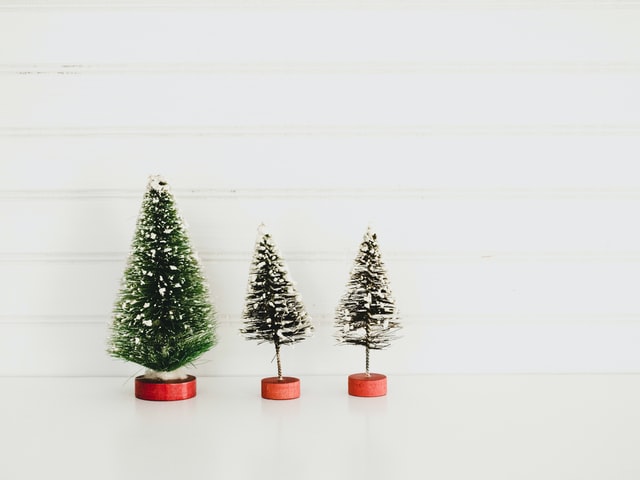 If your family prefers to put up a real Christmas tree (rather than a store-bought one), you should start your hunt for the perfect Christmas tree at the right time. There is no doubt that all Christmas trees look different. For example, some have flexible and soft needles, while others tend to have firm needles.

Also, keep in mind that your hunt for the perfect Christmas tree will go much better and smoother if you know the kind of tree you would like to put up. Did you know that Americans purchase about twenty million real Christmas trees each holiday season?

You probably know that trees can vary considerably in height, color, and width. Note that depending on your space, Christmas decorations, and some other factors, you can choose from a variety of different trees.

The Christmas trees below are among the most popular varieties and you will not go wrong with any one of them.

Did you know that the Scotch pine is perhaps one of the most popular Christmas trees? This is because it seldom sheds its needles and has great water retention when cut. Do you often forget about Christmas tree maintenance because of all the hustle and bustle? If that is the case, the Scotch pine can be an ideal option for you.

The Scotch pine is also a popular Christmas tree due to its classic qualities, such as strong branches, a dark green color, and a medium fragrance. It is worth noting that the Scotch pine isn’t native to America; rather, its origins are European.

The tree also has stiff branches as well as dark green needles that it retains for four weeks. The tree has a long-lasting aroma that will linger through the whole holiday season.

If you would like to avoid those awkward gaps in your Christmas tree’s branches and want that perfect pyramid shape, you should consider the balsam fir. It is an excellent variety well known for its symmetrical growth habit. However, there is a trade-off; its branches are less sturdy compared to other varieties. This is why you should stick with lighter decorations.

Balsam fir trees are known for having unique shades of silver as well as dark green. Did you know that this classic northeastern tree is also a near twin of the popular Fraser fir? It has deep green needles, and the Christmas tree has a pyramid shape, culminating in a slender top.

You should know that with adequate care, balsam fir trees can keep their needles as well as fresh scent for up to one month. This makes it a go-to option for people who make Christmas tree trimming a Black Friday tradition.

People have valued the Eastern white pine as a timber tree for many centuries. Note that it is commonly sold in the many Mid-Atlantic States of the country as a Christmas tree.  The tree is often sheared in order to have a narrower silhouette. Note that it also retains its soft, long, and bluish needles well (usually in bunches of 5).

White pines are most suitable for you if you want to decorate without any heavy ornaments. This is because the tree branches are not as strong and sturdy as some other Christmas trees.

Because this amazing variety of evergreen has little scent, it’s quite popular with folks who have tree-related allergies. It is also a favorite for people who have sensitive noses. Did you know that Eastern white pines also have excellent needle retention?

This evergreen is true to its name and is known for the unique silvery-blue color of its needles. This tree is pretty and stunning to look at for some other reasons, as well. For example, the tree has a lovely symmetrical shape and maintains its needles quite well in suitable conditions. The tree’s blue hue provides a rich tonal twist that can make your Christmas ornaments shine.

While a little prickly, its needles do not fall as quickly and frequently as some other species of Christmas trees, which means less mess for you. However, it is worth noting that blue spruce needles are quite sharp. This is why this tree type may not be suitable for homes with small kids.

Douglas fir is one of the most popular holiday trees in the Pacific Northwest. The tree has firm branches as well as soft, dark-green, or blue-green needles that emit a pleasant fragrance when crushed.

Unlike true firs, note that the cones of the Douglas fir tend to hang downward. Did you know that the tree was named after David Douglas, who studied this tree in the 1800s? Its foliage is thicker and fuller than a Fraser. However, its needles will not last long on the branch.

The tree grows rapidly, usually in a pyramidal shape. The tree is also light in weight, so it is easier to transport compared to other trees.

Bright green, merry, and quite dense, the Norway spruce is one of the British favorites that date back to Victorian times. The tree grows naturally but tends to drop its dense, spiky needles. With a medium fragrance and dark green color to its needles, this tree may be an ideal choice for Christmas; however, it is hard to water correctly.